Home » Attorney » How Do I Join a Class-Action Lawsuit?

Just about everyone has heard of class action lawsuits but the truth is many of those who might benefit from such collective legal action never do because they either A) are not aware a class action suit has been initiated or B) they believe they need to navigate some Byzantine legal maze in order to claim their just due.

Below we’re going to take a look at class actions, how they work and how you can participate or choose not to participate.

What is a Class Action Lawsuit?

Where huge multinational conglomerates are involved individuals with complaints face almost insurmountable odds in their search for justice. Multinationals are made possible in some very real ways by the talents of their very expensive legal teams. Which means you, represented by your cousin Bill fresh out of law school, don’t stand much of a chance going one-on-one against them.

In order to level the playing field, the modern legal system allows people with similar complaints against a company to pool their resources in what is called a “class action”. Some class actions are enormous. Such as the class action against Nortel Networks that was settled in 2006 for $2.4 billion. While most others are more modest in scope, with “modest” in this case meaning the settlements may be in the tens or hundreds of millions rather than billions.

The Pros and Cons of Class Action Lawsuits

If you and others are mulling over a class action against a company, consider the following pros and cons:

Will I Get Rich From Joining a Class Action?

First of all the notion of “joining” isn’t quite accurate and we’ll get to that in a moment. Second, the widely held belief that successful litigants in a class action lawsuit can plan on spending the rest of their days on their private island in the Caribbean isn’t quite accurate either. Take for instance the 2013 settlement in the class action lawsuit against Target.

The class action was initiated after it became known that millions of customers of the retail giant had their credit and debit card information stolen by hackers. The data breach was one of the largest ever and resulted in a $10 million settlement.

But while 10 million sounds like a lot of money consider that 40 million people were involved. If all of them sought a piece of the settlement pie they’d each walk away with a cool 25 cents.

To Join or Not to Join: That’s Not Really the Question

In the vast majority of such suits, anyone who has been injured in a similar way is automatically included in the class that is defined for the purposes of the suit. The court typically orders that every member of this new class that can be identified is notified of the suit when the class is officially certified and then again at settlement time.

As such, all a member of the class needs to do is determine whether they want to “opt out” rather than “join in”. Opting out allows you to retain your right to pursue individual action, while partaking of the spoils of a class action means you forfeit your right to individual redress.

In the case of the Target data breach case, it may have been wise to opt out and retain the right to pursue a complaint separately. But in other cases, there could be hundreds if not thousands of dollars waiting to be claimed.

What if You Didn’t Receive a Notice?

While the courts do everything they can to identify and notify every member of a class in a legal action there are always those who fall through the cracks. If you think you qualify as a member of a class but you did not received notification seek out the landing page for the suit (here is a good example of such a page), contact the lawyer of record and ask that you be added to the registry.

As soon as a “class” is certified for the purposes of a lawsuit anyone fitting the definition established by the court is a member of that class.

The only decision to make is whether or not you want to retain your right to pursue separate litigation. If you do you will need to inform the court that you are opting out of the class action.

What to Do in Case of an Accident at Work in...

Security in the Digital Age – What the Fourth Amendment Means...

4 Reasons Why Standing Your Ground Might Not be a Great...

6 Instances When You Can Refuse to Give Your Social Security... 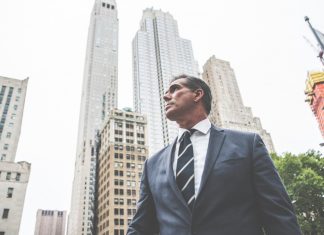 8 Reasons Why You Should Seek Legal Help After an Accident

No one likes to be a victim of an accident, but sometimes you cannot escape a scenario and you end up in the middle of one.   According to the National Highway Traffic Safety Administration (NHTSA), there were approximately 6,296,000 police-reported crashes in the United States. That comes out to... 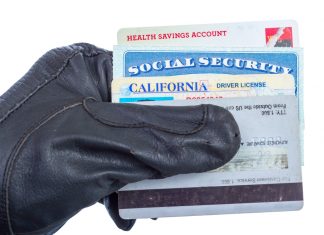 Remember when your Social Security number was a secret known only by you and the Social Security Administration? No? Neither does anyone else. Somewhere along the line this unique code, given to you at birth to ensure the veracity of your dealings with a single governmental organization, morphed into a...
Load more