The American bail system is based on medieval principles of English common law that have been modified over the centuries. The first major modification was the 1628 Petition of Right, which limited the ability of sheriffs and the crown to impose punitive bail.

That was followed in 1689 by the English Bill of Rights which stated that “excessive bail” should not be imposed. This notion was then enshrined in the 8th amendment to the US Constitution. In 1966, the US Bail Reform Act provided defendants a statutory right to bail and the Bail Reform Act of 1984 made it possible to deny bail to violent offenders.

The result of all this tinkering is a bail system that is a melange of state and county laws operating more or less within the broad framework laid down by the Bill of Rights, legal precedent and the 1984 law. It’s a system with so many grey areas that the whole thing has become an exercise in legal dysfunction.

What’s Wrong with the American System of Bail?

In a nutshell, the problems with the US bail system come down to a few essential points:

1: Bail is Still a Subjective Decision

The 8th amendment states that “excessive bail” shall not be charged. What it doesn’t state is that the “right to reasonable bail shall not be infringed”. The difference is important. The first simply establishes a constraint on a common practice while the second states unequivocally that you have a constitutional right to reasonable bail. So, since a Constitutional right to bail hasn’t been established, judges are often able to deny bail as they see fit.

2: The Presumption of Guilt

You often hear about the problem of overcrowding in American jails but did you know that 70 percent of people being held in local jails today are there simply because they can’t afford bail? This raises a thorny legal question: If bail is the way our system guarantees the presumption of innocence (bail is supposed to allow the “innocent” person to resume their normal life while awaiting trial) does that mean a person who can’t make bail is presumed guilty?

Once arrested many poor defendants face a stark choice: either fail to post bail and remain locked up until their trial, (which could be many months), or cop a plea and accept a short sentence or probation. The problem here is obvious: the inability of some people to make bail can potentially be leveraged by the state to gain convictions and close cases. Even if the person is innocent they may agree to plead guilty if it means they’ll get out of jail.

I should state up front that I’m not here to bash bail bondsman. They work within the system as it’s constructed and countless people are glad they exist. That said, we have bondsmen because most people can’t afford to bail themselves out. The bondsman charges a non-refundable fee of about 10 percent of the bail then posts a bond for the full amount and the accused is released. So, what’s wrong with that? What’s wrong is that the bail bondsman has become a kind of private toll collector who stands between the poor and freedom.

But What About Lawyers? They Profit Off the System Too

A common rebuttal to the argument that bondsman shouldn’t be allowed to profit from people’s legal woes is that many lawyers make a handsome living doing just that. But this argument ignores a fundamental difference between the two: if you can’t afford a lawyer one is provided for you free of charge. If you can’t afford bail you rot in jail, while those who can afford it walk free.

Leading the Way to A Similar Future

Earlier this year California Governor Jerry Brown signed a bill that eliminated the cash bail system in the nation’s most populous state. In its place will be a new system based on risk assessment. Defendants will now be released or held based solely on whether they are judged to represent a flight risk or danger to the community. Many hailed the move as an important step toward re-establishing fairness in the judicial system. But others point to potential problems with the new law.

By eliminating cash bail California has given judges broad new discretionary powers to hold people awaiting trial. This is complicated by the fact that judges in California must stand for re-election after being appointed by the Governor. So, with their job on the line, judges may use their new power to hold a defendant in a high-profile case just because they fear that releasing him may jeopardize their chance at re-election.

Many people rail against the current bail system because of its tendency to undermine the presumption of innocence. But the new California law does the exact same thing by subjecting people who have been released awaiting trial to probationary-type measures like mandatory drug testing, curfews, and electronic surveillance. All before the person has been convicted of anything.

So, How do We Fix the Bail System?

The purpose of bail is to ensure the accused appears in court to face the charges against them. If they don’t their bail is forfeited. But in many ways, the US has come to resemble medieval England where bail is being used as a tool to detain people indefinitely.

In an attempt to create a fairer system most other countries forego cash bail. Yet for the most part, their record of pretrial release is no better than that of the US and worldwide the detention of innocent people is reaching epidemic proportions.

Supposed remedies for the dysfunctional bail system in the US seem like little more than wishful thinking while others trample on the presumption of innocence (hello California). As such, the debate about how to fix the American bail system rages on, mostly because the alternatives currently being tabled range from bad to worse. 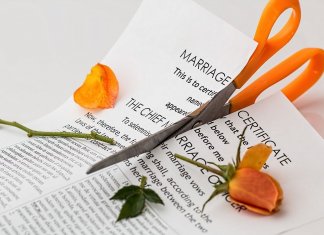 Stand Your Ground laws have made a return trip to the news cycle following a recent incident in Florida. And the social discourse surrounding them is predictably hyperbolic.  On one side are those who see them as nothing but a green light for gun nuts to mow down innocent people.... 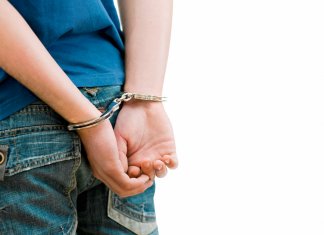 In the 1936 film “Reefer Madness” naive teenagers are lured into what is presented as the violent, perverted world of marijuana addiction. Before the end credits roll nearly all the main characters have either lost their freedom lost their mind or lost their life. The film is looked at...
Load more