Home » Arrest » What Happens During and After an Arrest? 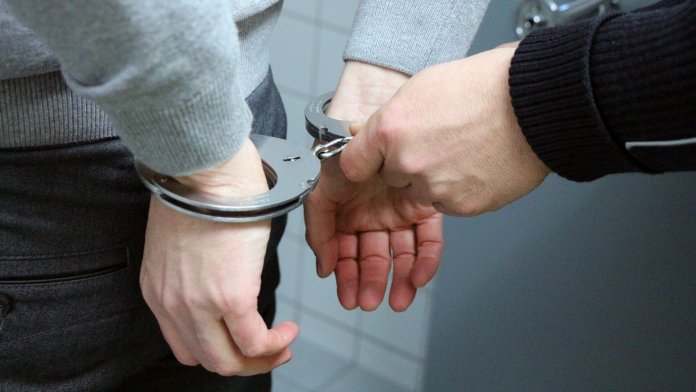 “Why should I worry about being arrested? I’m a very nice person.”

Even law-abiding citizens can have an encounter with an officer. And if there’s probable cause, that encounter will lead to an arrest.

To establish probable cause, one of these factors should exist before an officer can make an arrest or obtain an arrest warrant from a judge.

No one dreams of being arrested, but it won’t hurt to know what happens during an arrest and the post-arrest process.

There are several procedures that happen during an arrest. Keep in mind that the procedures vary per state and law enforcement station. Below are the usual procedures.

If there are probable cause and enough pertinent evidence, the officer or prosecutor may present it to the court to obtain an arrest warrant. It will give the officer the right to arrest the person named on the warrant.

But keep in mind that an arrest can be made even without a warrant as long as there’s probable cause.

Let’s say an officer catches a man stealing from a store while doing his rounds one night. The officer can arrest that person right on the spot without a warrant since the act falls on one of the two criteria for a probable cause: the person is committing a crime.

Police officers can only use a reasonable amount of force when necessary during an arrest to protect the arrestee as well as themselves.

Police officers adapt to the situation by using permitted techniques. Different situations call for different techniques. The use of handcuffs, for one, is considered reasonable force.

Sometimes non-lethal force (e.g. Conducted Energy Device such as Taser guns) is used to subdue an arrestee. In other cases, police officers use deadly force.

The latter must only be used under certain statutory standards such as, but not limited to, the following:

An officer can perform a pat-down search or terry-frisk if he or she believes that the arrestee is carrying a weapon.

An arresting officer can legally perform fast scans in the following areas:

A strip search is not part of an arresting procedure. This can only be done if the officer believes that the arrestee is hiding evidence.

It’s the arresting officer’s duty to read the arrestee his or her rights before any interrogation occurs.

The Fifth Amendment ensures that an arrestee will not make any self-incriminating statements by way of the Miranda Rights.

Miranda Rights prevents the arresting officer to force the arrestee to say any involuntary statements, too.

The said doctrine provides the following rights to an arrestee:

These rights are not necessarily read to an arrestee at the time of arrest. An officer can read the rights at a later time as long as it’s given prior to interrogation.

Some people believe that they can escape punishment if the arresting officer failed to read them their rights. Not true.

Regardless of whether the Miranda Warning’s given or not, the person will still be arrested provided that there’s probable cause.

However, if the arresting officer failed to read the arrestee his or her rights, anything that the arrestee said during the interrogation will be inadmissible in court.

A jail is typically a temporary holding facility, however, inmates who cannot bond out often stay in jail anywhere from a few days to few months while going through the court process. In addition, many counties use their jails to house inmates who are found guilty and sentenced to a year or less of incarceration.

The arrestees will undergo a booking process once they arrive. Booking is not legally required. However, it’s a necessary procedure for confirming an arrestee’s identity.

The process includes the following:

Bail is an assurance given by the defendant to the court that he or she will return for future court proceedings once released from jail.

Not all arrestees can post bail. Those who can post bail are released from jail to await their hearing. If however, other counties have holds on the arrestee for additional crimes, or the arrestee is also charged with probation violation, it can prevent his or her release, even if the current bond is paid.

The bond amount will depend on the type of offense. There’s usually a bail schedule in every jail that jailers follow. There are some cases when the judge increases the set bond amount for a specific offense. This usually happens if the defendant is a flight risk.

Being arrested can be very stressful. If you ever find yourself in this situation, the best thing to do is to immediately get a dependable defense lawyer. Your lawyer will protect your rights and help you get the best outcome possible. 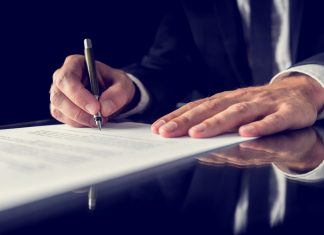 Incorporating my Small Business – What are my Options?

Every business, no matter the size, needs to legally establish itself as a legitimate company. There are many choices when it comes to incorporating your business. It’s always smart to settle on the most favorable option depending on the size and type of business you will be running. For example, a...

Adopting a child is one of the most rewarding acts in a family’s life. The fact that the family is offering an opportunity for the adopted child to live life to the fullest can be considered an achievement. Even though the child gets the chance to live a better...
Load more